One of Shinjuku’s most popular drinking districts, Golden Gai is particularly great at being small. Tiny narrow alleys full of tiny little bars, both the bars and the guests packed closely together. It might sound claustrophobic to some, but it’s a fun place to experience. By now, most travel guides recommend Golden Gai, and it’s overrun with tourists. So much so, that it’s getting ever harder to snatch a spot, while drink prices soar.

Good news is that dingy drinking alleys with small bars and stalls are a thing in Japan, Golden Gai being just one of many. In Tokyo alone, there are other alternatives with significantly fewer tourists, but a similar vibe to Golden Gai. Here are some of the coolest alternatives to Shinjukuku’s Golden Gai that you can check out.

Just like the one in Shinjuku, this drinking alley is close to a major tourist spot, so it’s not like we’re sending you on a wild goose chase around Tokyo. Nonbei Yokocho, meaning “drunkards’ alley” is almost invisible next to the train tracks, yet seconds from the famous Shibuya Crossing. And just like Golden Gai this one too hails from the postwar period and is full of micro-bars close together. From yakitori, to bistros, there’s a little bit of everything and a whole lot of alcohol.

Of course, Nonbei Yokocho is not tourist-free as it is in Shibuya after all, but it’s significantly less touristy than Golden Gai. While it seems locals have given up on Golden Gai, they still form the majority of patrons in Nonbei Yokocho.

Hint: when searching for it, go under the train tracks (when coming from Shibuya Crossing) and then look for a bunch of hanging red and white lanterns on the right.

In the west part of Tokyo, people have been falling in love with Kichijoji’s effortless charm. This neighborhood is one of those that is more local, less touristy, but super fun. Living up to that reputation, Kichijoji has a maze of drinking alleys called Harmonica Yokocho that rivals Golden Gai and Nonbei Yokocho. Similarly, full of microbars, Harmonica Yokocho’s red lanterns are beckoning after dark.

This area is merely a stone’s throw from the north exit of JR Kichijoji station, merging with the Sunroad Shoutengai shopping area. Several alleys intersect to squeeze in various types of little bars from retro to modern, both sit-down and standing bars. Tourists are a rare sight here, so the place is still very authentic.

Koenji Street (under the train tracks)

Another west Tokyo spot on this list, you’ll notice a pattern of the stations on the JR Chuo line having a roaring nightlife. Koenji usually tops that list for many Tokyoites as it is chock-full of bars and underground live music show venues.

The simply named “Koenji Street” occupies the space under the elevated train tracks and houses unique little micro-bars, just like the ones in Golden Gai. Both the inside of the ‘street’ and the outside areas next to both sides of the train tracks are lined with small izakayas, standing bars, yakitori places, and whatnot. Here, patrons sometimes sit on plastic crates in front of the shops, with the fun spilling out streets and streets beyond.

Not far from Shibuya, Ebisu is known as a high-end fancy elegant area. However, drinking alleys were a staple of social life way before shopping malls and Christmas lights, so naturally, even Ebisu has a yokocho. Simply known as Ebisu Yokocho, this drinking street holds up well when compared to the popular ones, having an abundance of both red lanterns and cheap small watering holes.

In addition, this yokocho has an outdoor food market atmosphere, resembling similar street food areas around Asia. Unpretentious, no-frills, retro, and cheap, Ebisu Yokocho is an excellent Golden Gai alternative with an even more authentic vibe.

From the super-popular Shinjuku and Shibuya to locally popular Ebisu, Kichijoji and Koenji, let’s go to a few more obscure yokocho alternatives in Tokyo.

This collection of tiny drinking bars is near Asakusa and Sumida area, mere minutes from Tokyo Skytree. This whole area of Tokyo is known still to have a lot of old simple Edo charm, and it would have been weird if there wasn’t a yokocho. Tateishi Nonbe Yokocho dates back to the 50s, just like most authentic yokochos.

And like most drinking alleys, it’s a bit hidden, so there’s the joy of discovery. It spreads over two alleys next to the train tracks, with the tiny bars each having their own decor, just like the Golden Gai bars. Tateishi is a truly hidden gem, and that means that like all ‘hidden spots,’ the experience is richer if you speak the language or have a local with you.

Another local secret in a part of Tokyo tourists don’t usually roam. This drinking alley near Akabane station gets its nickname because it’s so laid-back that ‘everything is OK’ here. Located near Akabane’s east exit (just 20min train ride from Shinjuku), the red lantern-lit retro charm alley hails from the postwar era as most yokochos on this list.

The colorful alley is packed with small, cheap, and cozy bars where Tokyoites gather for after-work drinks. Just like in Golden Gai, the tiny watering holes have their own unique design and story, from manga-inspired to regional Japanese cuisine from Hokkaido to Okinawa. Tokyo people love this authentic drinking Yokocho so much, it has been cited as a deciding factor in wanting to move to the Akabane area.

Whether you’re avoiding Golden Gai’s crowds, searching for something more authentic, wanting to brag about having visited more than the super famous sights – visiting any of these alternatives will do the trick. And if you love the vibe of tiny, quirky watering holes, I’m guessing you might even bar-hop through this whole list. And then do it again, because things keep on moving and new bars opening. 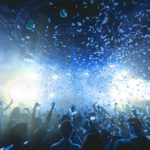 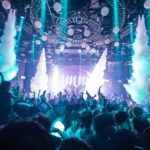