When one thinks about Japan, what instantly pops up in their mind is its anime culture or the Geisha world. However, when you move to Japan, you would be surprised to find how this country is much more than sumo wrestlers, sushi, manga, or J-pop; and is very different from the rest of the world in terms of the way of living, culture, and technology.

So, before the culture shock makes you want to rush back home through the next flight, we have put together a few facts about Japan that would help you prep up for your visit to Japan:

You might find it weird that we are starting the list by mentioning toilets, but that’s the first thing you might encounter when you land in Japan. Using these hi-tech toilets might intimidate you with their multiple buttons and varying speeds of the jet spray that if not used with caution might leave you in an embarrassing situation.

Some toilets even come with remote control and music option to mask the bathroom sounds. If you don’t understand Japanese, use Google translate on your phone to understand how to use these buttons.

Chopsticks are at the heart of the Japanese food world. No matter where if you’re eating out at a fancy restaurant or taking away a quick meal from a convenience store, you will find that every local meal is eaten with chopsticks.

While you can ask for a fork and knife at some restaurants, not all food outlets offer this luxury. So, it’s best that you learn some do’s and don’t of using chopsticks before your travel. It will come out to be helpful if you are planning to be in Japan for a long time and want to try the local cuisines.

When you visit Japan, you will be pleasantly surprised to find that there is pretty much no honking of horns or loud music blaring from the cars.

Even when there are traffic jams (frequent during the holiday season), you will find the locals patiently waiting for the jams to clear without creating any ruckus or honking incessantly which is common in many countries.

You can never go thirsty no matter in which remote corner of Japan you are, thanks to the vending machines. You’ll find them everywhere – streets, parks, and even on the top of Mt Fuji (no, we are not kidding).

While most machines carry hot and cold drinks for a reasonable 100 to 200yen, you’ll even find machines carrying ready-to-eat meals, cigarettes, and disposable cameras in many places.

Many travelers find it strange when they see Japanese people lined up in queues almost everywhere they go. Whether you’re going to a convenience store, bus station, or a restaurant – you’ll find the locals queued up patiently waiting for their turn.

Even when you are riding an escalator, you’ll find people queued up on the left and leaving the space on the right for rushing passengers (this applies to Tokyo, but may differ for other cities).

So, instead of barging in and breaking a queue that might anger others around you (and is also considered very rude in Japanese culture), check where the queue ends and line up accordingly.

While English is considered a common language and used often in many countries around the world, Japanese people are still not very comfortable communicating in the same.

You might think that you would find English-speaking staff at supermarkets or restaurants, it is still not very common, especially outside the Tokyo area. Even though English is a part of the school curriculum, the Japanese rarely use the language in a social environment.

Japan’s taxi system is one of the best in the world, even though priced at a higher side compared to many countries – you need not worry about being overcharged.

But what might surprise you the most are the automatic taxi doors that open to your left. The doors are operated via a lever near the driver’s seat and also shut automatically, thus also saving you from touching the door handles that might be dirty (quite a blessing during the pandemic, right?).

Japan is prone to frequent earthquakes and that’s why the authorities try to warn the locals through Earthquake Early Warnings System.

Those who don’t know about this system might find themselves in a shock when all of a sudden all phones around them start vibrating and beeping at the same time. But there’s no need to panic, as usually, these alerts pop up when the earthquake begins thus giving you enough time to find shelter or to be prepared for strong tremors.

Convenience stores in Japan offer much more than just food and drinks and can prove to be a life savior for someone new in the country.

You’ll be pleased to find multiple convenience stores like 7/11, Lawson, and Family Mart on every street, that are open 24/7. Many of them offer facilities like print/fax machines, ATMs, home supplies, personal hygiene products, and free public bathrooms.

Punctuality is a vital part of Japanese culture, which also shows up in their public transport system. So, if you plan to catch a bus or a train, make sure you arrive at the station on time as the transport would always be accurate.

On an occasion that a train is running late due to some reason, they’ll be announcing the delays (even if it’s a 30-second delay) in English and in Japanese through the speakers and display screens in the train.

While these are some of the many common cultural shocks that a foreigner might face in Japan, every day can be a new experience in this beautiful country. So, when you plan your visit, come with an open mind and heart to embrace the local traditions and gain new insights about Japanese customs and culture. 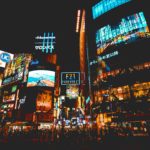 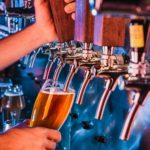