While I have already covered the three simple steps to getting a DJ gig in Tokyo, I will now reveal the pay scales that Tokyo’s foreign DJs can expect to make as they progress in Tokyo’s DJ scene.  This article will cover the entire spectrum of DJ pay in Tokyo; from the early beginnings to the international stardom.

Starting out, and in an effort to break into the scene, you’ll most likely volunteer for this route. In fact, some of the greatest connections and partnerships can be created by offering your services for free. It’s a unique experience to be the only foreigner on the lineup, and you’ll find that a lot of the purely Japanese crews will be very welcome to have you participate in their events if you leave the subject of money at the door.

For opportunities at the juggernaut clubs (like Womb, Vision, and Ageha), you may also find offering to DJ unpaid opens up what would otherwise be a closed opportunity. With fantastic sound systems (the best in Japan) and crowds of music-loving and energetic Japanese dancers, a good time slot may be well worth the empty wallet.

Kickbacks are the most common form of payment for DJs in Tokyo. Essentially, DJs are the promoters. And if you are good at promoting, you’ll secure the best DJ time slots at the best clubs in the city.

The primary flaw with this system is competition with other DJs for guests. As you progress with certain organizers, your supporters will become friends with other DJs, organizers, etc. Once everyone has shared mutual friends, it becomes a blurry line for whose discount list they should come under.

Another issue is how your guests get counted. Sometimes the system operates on written guest lists and other times it is a verbal “tally system” (the guest says your name and they get in for the discounted price). While written guests take more preparation, and are thus less erroneous, the verbal tally system tends to be more prone to errors. Sometimes the doorman (especially during a club’s chaotic peak time) may allow them in on the discounted guest price without attributing them to your list.

To keep a consistent following of guests requires a healthy social circle with a mixture of fans and friends. As one of the most popular foreign DJs in Tokyo, states:

It’s just as much about having fun before the club as much as it is in the club. It’s much more personal and it really helps the friendship grow. There’s hardly any talking going on inside a loud club. I always invite my guests/friends for pre-party drinks, and then we all go into the club together.

Overall, on just kickbacks, the standard expectation is between JPY 20,000 – JPY 30,000 per month with a good social circle. Off the back of this, you can also open the door to minimums.

Minimums are separate from kickbacks and are a performance fee. An actual fee for your DJing. Minimums will be in the range of 1,500- 10,000 yen for an hour of DJing. Some DJs arrange a minimum in addition to kickbacks. This rests on negotiation with the event or venue manager.

A residency is a regular weekly or monthly gig at the same venue. It’s usually a much higher minimum. For the best clubs, foreign resident DJs surveyed typically earned up to JPY 30,000 for their set contingent on certain stipulations (Facebook promotion, VIP services, etc). You will need to also play what the club wants you to play.

A full-time job will be approximately 40-60 hours of DJing per week at a smaller club/venue. As mentioned in Part 1: How to Get a Gig, by exploring the smaller clubs of Shibuya, Roppongi, and Shinjuku, you may see an opportunity for this. With a bit of Japanese study, this will be a lot easier.

Hourly rates for full-time DJing tend to be, on average, 1,500 yen per hour. When you start out, this may be lower, but as you progress you may be able to negotiate higher rates for weekends. The music choice for most smaller scale clubs/bars tend to be Top 40/EDM/Top Hits. To quote one of Roppongi’s resident DJs (who requested to be anonymous):

In Roppongi, I was working almost all day in 3 different places. I earned like 200,000 yen [1,700 USD] per month- this is working 6 days per week. But I was like a human jukebox-not really a DJ…just playing requests…all top charts…

While working full-time for 200,000 a month does not sound appealing, combined with other routes for additional income (promotion or an additional part-time job), you could make this a sustainable means for living in Tokyo.

To quote VIVID, one of the most successful foreign DJs and producers in Japan:

Unless you are some kind of in-demand “International” artist/DJ with a significant following, the high paying bookings aren’t going to come. If you are looking to become a resident DJ in Tokyo with a stable income my advice is; be social, learn some Japanese, get ready to drink lots of cheap tequila, go out frequently, and understand that you will always be the foreigner.

VIVID, Tokyo based DJ and Producer

If you are getting flown to Tokyo to DJ, congratulations: you are living the dream and I’d highly suggest other sections of this site (see: Sex).

International bookings typically start at 100,000 yen (or 1000 USD) minimum with all expenses paid (hotel, flight, and food)- all the way up to the 10,000,000 yen (how many zeroes was that again?). You will also have a booking agent taking care of you, and as such, this extends beyond the scope of this article.

Getting an Edge in Tokyo

The DJ scene in Tokyo is definitely over-saturated, but this isn’t to say you can’t pierce the market. You will, however, need an edge: whether it is your marketing, your events, or your own music production.

Best of luck; there’s no doubt you’ll have some great experiences DJing along the way.

If you’ve made a living DJing in Tokyo, are thinking of coming to Tokyo to do so, or just want some tips to get your foot in the door, please post below! 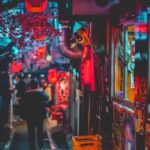 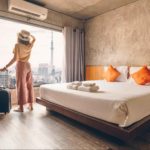