Ladies and gentlemen, Japan drinks. Maybe not everyone can handle their Japanese alcohol that well, but they keep on trying, every after work nomikai party, every izakaya and bar outing. Sometimes falling asleep in front of the train platform, but it’s all good and forgiven the next morning.

Drinking establishments in Japan have eclectic menus, full of foreign and Japanese drinks. Actually, Japan has learned how to make foreign alcohol so well, they are reaping international whiskey awards to everyone’s surprise. Recently, Japanese gin makers and winemakers have been making strides internationally, so be on the lookout for those too. On the beer front, Asahi and Sapporo (to mention just a few) have been producing great beer to everyone’s satisfaction.

It’s a fun little custom at Japanese drinking parties to order a “toriaezu biru” (meaning “let’s start with beer first”). It’s an easy and simple order, so the whole table can start drinking right away. Later on, you can order different drinks. If you want a more traditional and rare Japanese alcoholic drink, you will have to go beyond what you call ‘sake’. Sake in Japanese means simply ‘alcohol’, an order so vague it will invariably confuse the servers. What is often served as ‘sake’ in Japanese establishments abroad is usually called ‘nihonshu’ in Japan, but even that is vague. It’s like ordering wine – you will still be asked what kind of wine.

So let’s distill the essence of Japanese alcohol, so you know what you’re ordering the next time you’re in a Japanese watering hole.

It doesn’t particularly taste like wine, but nevertheless, nihonshu is close to it in alcohol content and making method. This is why nihonshu is sometimes called ‘rice wine,’ or better known as ‘sake’ abroad, although that is a misnomer. Of course, at some point in history, when this rice wine was the only alcohol existing in isolated Japan, it was the only ‘sake’. The word ‘nihonshu’ literally means ‘Japanese alcohol’, so if you remember that Nihon means Japan, you can remember this word easily.

And just like wine, nihonshu has a sparkling variety, fruit-infused varieties, and of course, its flavors depend on the type of rice used. There are new and fun nihonshu experiments like yuzu citrus-flavored nihonshu, black rice nihonshu, sakura flavored nihonshu, and so on. Classic nihonshu varieties are a fantastic accompaniment to Japanese food, smooth and mild.

A nihonshu connoisseur will go deeper in choosing a drink, maybe asking if it’s pure junmai, or where is the rice from. Just like wine people know their Bordeaux from their Port, nihonshu people will be very opinionated about whether the rice came from Niigata or Hiroshima for example. However, a curious first-time drinker can always ask about the ‘osusume’ – the recommended drink – and get away with that.

The last question you might be asked about your nihonshu order is the way you want it served. Generally, an izakaya will offer 3 options: chilled (reishu), hot (okan), or room temperature (ohiya). There are different nihonshu cups, all of them small. One fun way of serving nihonshu in izakayas is placing the cup in a square wooden container called masu. Then the alcohol is poured until it overflows in the masu below. This way of drinking is called ‘makkiri’, and it signifies prosperity and abundance.

Another traditional beverage yet less known than rice wine, shochu is a stronger spirit, inching closer to the vodka family, than the wine family. While nihonshu usually has a 13-16% alcohol content, shochu is between 25 and 37%, so not to be underestimated. Shochu can be distilled from a lot of things – sweet potato, barley, buckwheat, and of course rice. Nihonshu is made by fermenting the rice, while shochu is distilled from it. They both might look the same to an untrained eye – clear liquids – but as soon as you drink them you will know the difference.

Like any spirit, shochu is open to many possibilities when it comes to serving and mixing. You can drink it straight, on the rocks, mixed with soda or water, and in cocktails.

That brings us to this legend of a drink and the preferred way of getting hammered quickly and cheaply in Japan. STRONG ZERO. It contains 9% alcohol, can be found in any convenience store in a myriad of flavors, and it costs roughly as much as any soft drink in the store’s fridge. This shochu and soda fruity fizzy cocktail has become as popular as Pokemon or Hello Kitty with foreign tourists. Locals also love it, making rap songs and memes about it.

It’s not like this is the only alcoholic conbini drink, it’s not even the only shochu cocktail in a can, but it’s definitely the most famous – or notorious, depending on who you ask. Haters avoid it, because it’s said it gets you drunker than any other drink. Maybe try it safely at home first?

One of the most popular fragrant liquors in Japan, umeshu combines the words’ ume’ (‘Japanese plum’) and ‘shu’ (‘alcohol’). As the name suggests, the drink combines plums, shochu, and sugar, for a very sweet and rich liquor. Traditionally, a lot of households will have homemade batches and eating the alcohol-soaked plums is a great way to get buzzed (and claim you’re trying to eat more fruit to be healthy).

Umeshu can be ordered straight, on the rocks, sodawari (mixed with soda), mizuwari (mixed with water), or as a base in various cocktails. There is also a honey umeshu variety.

Apart from traditional Japanese drinks and foreign origin Japanese-made drinks, Japan imports a lot of alcoholic beverages from all over the world. Locals love the occasional Korean soju or makkoli, a cornucopia of Chinese spirits, imported beer and spirits and so on. Whatever you feel like drinking, you’ll probably find it in Tokyo.

And if you’re going to grab a drink after reading all of this – kanpai! 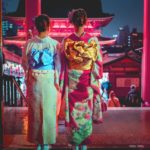 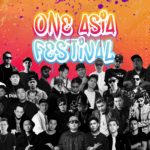