Nothing says spooky like a late-night showing of a debilitatingly scary “Japanese Horror Movie” while tucked in the bed.

The Japanese horror genre not just leaves you shaking but guarantees you “The-fright-of-a-lifetime” if you know what I mean: the likes of which are a rare find in the “Trick-or-Treat” western horror counterparts. Horror aficionado’s and thrill-seekers worldwide have always had a special place in their heart for J-horror movies.

But heed our warning: this starter-pack is not for the faint-hearted; we suggest our scaredy-cat friends instead enjoy a spiced pumpkin latte or carve a pumpkin this Halloween. But if you are looking to get your blood pumping, here is our round-up of the essential Japanese scary movies from punk horror to gruesome gore to psychological thriller to supernatural folklores. Rest assured, you are in for more than just a blood splatter on the screen.

Directed by Hideo Nakata, this J-horror masterpiece was the first to get acclaim in the west. To this day, the original Ringu has seen a series of remakes and sequels to its name. This spine-chilling psychological plot is about a cursed VHS-tape sentencing people to a terrifying death in 7-days of watching the tape.

This modern-day tale is an excellent blend of folklore and urban myth, with an equal measure of fright and discomfort. Even the Hollywood remake by Gore Verbinski’s gives you the jumps, but for an all-the-way chill with your back-hair curled, we suggest you watch the original inspiration.

Another plot by the iconic duo, from The Ringu, Dark Water, is also written by Koji Suzuki and directed by Hideo Nakata.

The plot seems rather singular initially as a recently separated mother with a 6-year old daughter move into a creepy apartment but later blows you off with its cinematography and narrative.

This eerie, atmospheric classic, makes for a great payoff with its strong emotional core and plenty of “oh-shit” moments.

Inspired by the terror and after-effects of the nuclear bombing faced by Japan during the second world war, this flick marvelously portrays the horrors of life while running your blood cold. Loved by millions, this movie is the Japanese national treasure, spawning more than 20 remakes in 50 years.

The plot thickens when a dinosaur-like fire-breathing monster with a big swinging tail hell-bent on destroying everything is created as a result of American Nuclear weapon testing. This black and white timeless J-horror movie project’s some of the most significant works ever done in the horror genre. Ishiro Honda’s Godzilla is emotional and haunts you with a powerful display of devastation and suffering- a nourish masterpiece at its best.

Ju-on was the first of the American-Japanese franchise by Takashi Shimizu. With over 13 sequels after the original Ju-on remains an all-time favorite of the audience. Ju-on’s creepy white-ghost-look is known to have sprawled from Shimizu’s childhood fears.

The film maintains a delicate balance of terrorizing with ease without any gore while highlighting domestic violence issues. The movie’s backbone belief is that when someone dies with a strong grudge, a curse is born; a raged husband kills his wife, son, and cat resulting in a cursed house.

The storyline circles around six central characters: exhibiting how each of their lives is affected after entering this cursed house. A treat for the primal instincts, watch this goosebumps guaranteed movie below, available with English subtitles.

This historic horror drama depicts Japan’s feudal times, Onibaba loosely translates to “Demon woman,” set in the wind-swept marshes; the story is about a destitute mother and her daughter-in-law. The movie is driven by our utmost primal instinct to survive; the two ladies live off by murdering lost samurai’s and selling their belongings for a meager sum.

This partly obscure folktale swells our minds with dread and terror, leaving us with a feeling of awe for the creator by the end. With stunning imagery of macabre, lust, jealousy, rage, and dark erotism: Kaneto Shindo seals a gripping folk tale.

This cyber-punk cult classic was written, edited, produced, and directed by Shinya Tsukamoto. The story revolves around a metal fetishist and a salaryman who fuse into one, transforming into Iron man by the end of the film.

Critics claim the transformation of the salaryman into a fetishist is a worthy representation of an individual’s mechanization in a regimented Japan. A dark, wild, fantasy horror that takes you on a journey of grotesque hybrids of flesh and metal with an overwhelming audiovisual.

Tetsuo is a relatively low budget cinema but ever so frightening and appalling, showcasing an underground production style. Watch till your brains rust.

This dystopian horror that infamously inspired “The hunger games” is an extraordinary masterpiece directed by Kinji Fukasaku. Strikingly brutal, this violent thriller displays bloodshed by kids, where the only way to survive is to kill each other.

By the end of the film, one is left with pure astonishment of the darkness; our minds can grasp something we are attracted to and find are repelling in equal measure. This pulp-melodramatic horror film uses a classic pop soundtrack, providing a brilliant satire that hits a cord.

The slit-mouthed woman is another J-horror drawn on an urban legend about a beautiful faced woman whose mouth was slit opened before she died. It’s the story of the woman’s ghost coming to life in a suburban town in Japan where she goes on a spree of kidnapping children.

The film is frightening, entertaining, and a tad bit cheeky as she questions her victims, “Am I Pretty” before slitting their faces and bodies. Directed by Koji Shiraishi, this is far from your regular tongue-in-cheek horror flick: instead, with jolting performances, convincing prosthetics, this one is a smart and retrospective film.

This averagely rated but perfectly disturbing flick directed by Sion Sono, Tony Salerno, and Joe DiGiorgio manages to maintain a brooding, dark ambiance keeping you tip-toed. The film shares an undeniable Japanese love affair for long black hair that falls in front of the face creating an enticing tease ideal for a J-horror movie.

It all begins when a mysterious corpse of a woman appears and continues to grow beautiful hair. This plot’s two central characters are a trichophiliac man who sells the dead woman’s hair at a salon nearby, and the second character being a young, ambitious hairdresser. Everything goes upside when the hair enforces a will of its own: killing everyone who uses the extensions.

The movie is a slow build which follows a fairly disturbing conclusion, all in all, the movie might not come out as outright scary, but there is much cringy hair-related body horror in it.

A compilation of 8 stories by seven directors, this J-horror brand can be unsettling and nerve-recking as it lets you zoom in and zoom out of quite a few intense plots in a short span.

A few plots here reflect a mix of humor and horror, one significantly uneasy combination to occur. The 8 tales are – The nightwatchmen, Wisps of smoke, Gloves, The weight, Full-length mirror, Line of sight, The promise, and Hisao. A rather rambunctious mix of thriller, horror, dark comedy, and satire, this one is an ideal trial pack for a new J-horror movie Fan.

Are you a fan of Japanese Horror Movies, got a recomendation? Let us know in the comments! 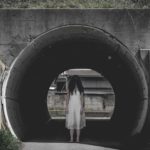 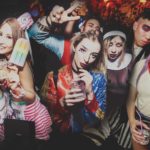