Let me take your minds away to a cold and frosty evening in late Autumn some years ago. A young and dashingly handsome writer, was returning home from a long day at work and found himself alone, traversing through the back alleys under a darkened Tokyo skyline. Out of the corner of my eye, I spotted a figure in the distance. It looked human yet, at the same time, there was something about it that just didn’t sit right. I made my way over to discern just exactly what I had stumbled upon.

To my surprise, it was nothing more than a masked woman, more than likely making her way home. She turned to face me and asked whether I thought she was beautiful. It had been a long day and I was in no mood for games, so I callously replied ‘no.’

Before I could react, my view was impeded by my own torso, as my head solemnly tumbled to the floor.

What Are The Japanese Monsters (Yokai)?

If this interaction has ever happened to you (first and foremost – congratulations on surviving the beheading), you may have encountered what Japanese folk legends refer to as Yokai. Yokai, Yurei and Obake are traditional Japanese spirits, ghosts or monsters, that are said to haunt locations throughout Japan, often under the guise of more recognizable personas.

These spirits’ origins date back to ancient times, where they featured in abundance in literature and folktales. Over time, their legitimacy has been discredited no doubt, but the fabled stories of these devilish beings still remain strong today, with many Japanese residents being able to recount their origins and behavioral patterns.

So, just what kinds of Yokai are there and what exactly lies in store should you suffer the misfortune of running into one? Well, Yokai total hundreds in their number but these six, in particular, should be enough incentive to keep that night light on for the foreseeable future.

Where better to start our adventure into Yokai folklore than with one of the most famous Yokai ever perceived. Seemingly harmless in appearance, the Kappa is an odd frog-turtle hybrid-like creature, known for inhabiting the watersides of Japan’s rivers and ponds. They often engage in sumo wrestling and enjoy the taste of cucumbers.

Seems fairly cute, right? There was something I’m forgetting though. Something important…what could it be…on the tip of my tongue…oh right! They also love to dine on human flesh. That’s kind of important.

Yes, unfortunately these cute little Frankenstein test dummies have a prolific history for luring people, especially children, into their homes in order to drown them.

Now you know why there is an apparent lack of trick or treating during Halloween in Japan. The Kappa would have a field day!

The Depression in the head of the Kappa is its weak point. If this is ever damaged or entirely drained of its water resource, its life will follow soon after.

This was the demon referenced during the opening section. If you ever find yourself alone and approached by a woman in a mask, it could very well be the Kuchisake-Onna.

The Kuchisake-Onna is known as a contemporary Yokai and one with much more tact when it comes to the killing of her victims. She will ask if you think she is beautiful. Those who reply negatively will be killed where they stand with her sharpened blades. Those who attest her beauty, will be granted the privilege of seeing her true face, the sides of which have been sliced from ear to ear.

She will then repeat the question, resulting in the same fate for those who renege their earlier praise. However, those who stand firm and commend her one final time, will be rewarded by joining her, having their mouths slashed to mirror the Kuchisake-Onna’s.

It has been said that replying to the Kuchisake-Onna’s questions with any variation of her looks being average, is said to turn her away. You can also attempt to distract her with money or hard candies, which have been proven effective against a potential attack.

The Jorogumo appears in the guise of a beautiful woman. It is not until you are cornered where she reveals that she is in fact, a satanic spider demon. I mean…whatever gets you going, I guess.

Mentally crippling fetishes aside, the Jorogumo isn’t particularly interested in your bedroom prowess. No, what she is after instead is the contents of your body, of which she would devour in their entirety. She lures young virile men into her den with promises of affection before wrapping said fools in her silk threads and mercilessly desiccating them.

Unfortunately, the Jorogumo is immune to all poisons. However, should you pass by a mirror or body of water while the beast is in its human body, the reflection will reveal the spider’s true form. Use this as the opportunity to make your escape.

Come to think of it; did you check your girlfriend’s reflection recently?

On snowy nights, the Yuki-Onna appears as a tall and beautiful woman with long blackened hair and blue lips. She is often depicted in snowstorms.

Akin to sirens of pirate lore, she will lead wanderers astray until they die of exposure in the tumultuous climate. She adopts an almost succubus-like persona, occasionally coaxing weak-willed men into a kiss until her icy breath leaves them a frozen corpse, forced to stand for all eternity in an arctic blizzard.

There are no cemented ways of defeating Yuki-Onna. The only existing record of someone surviving an encounter with her, was a pair of woodcutters; one young and one very old.

During a snowstorm, the two sought shelter in a wooden cabin, where the Yuki-Onna discovered them and froze the older man to death. She allowed the younger man to live due to his youthful beauty, before threatening that, should he expose her existence to another soul, she would kill him where he stood.

Years passed and eventually, the man married and had several children. On one night, he recounted the tale of the snowstorm to his wife, who revealed herself to have been the Yuki-Onna all this time. She told him she could not kill him as he was the father of their children. She asked him to take care of the children before melting into a puddle, never to be seen again.

Rokurokobi are beings whose necks can stretch to abnormal lengths or even detach their head entirely from their body (in these cases, they are referred to as Nukekubi or removable neck).

Unlike most Yokai, Rokurokobi are created when former humans find themselves cursed for committing certain misdeeds. Women are usually afflicted by the Rokurokubi’s curse and it is strongly linked with infidelity.

While only unleashing their power come nightfall, many Rokurokubi live peaceful lives during the day, often taking mortal spouses.

However, as the call for trickery becomes too hard to resist, they often stalk the night, preying on drunkards, fools or the visually impaired to satiate their demonic lust for chaos. Once trapped, they will either siphon the victim’s blood supply or simply eat them outright.

Like the Jorogumo, there are only warning signs of which you should be wary when deducing whether or not someone is a Rokurokubi. Bruises on the neck are a tell-tale sign that the woman you are speaking with could merely be sizing you up as an extra-large smoothie.

In the Edo period, people told tales that becoming a Rokurokubi was not in fact, a karmic curse and was nothing more than an illness. Should this be the case, I’m sure a fitted neck brace would put the poor soul out of its misery.

One of the most fearsome Yokai is the Oni; a hulking ogre-like creature acting as one of the icons of Japanese folklore. Rivaling some trees in their height, these gargantuan brutes are often depicted with either blue or red skin, tusked mouths, horned heads and wild untameable hair.

Like the Rokurokubi, these demons are born from sinful humans and make up a majority of Hell’s populace. Those who roam Earth wield giant clubs, seeking out wicked humans for which to torture (these humans being not so wicked as to become Oni themselves).

From peeling skin, to crushing bones, these demons often feast on humans and have always been referenced as an enemy of mankind.

The ogre-like Oni are but one subset of Oni. Their forms range from mutated animals such as cows or bears, to more ephemeral concepts like bursts of fire. Each variation has their own weaknesses however, the troll Oni which mentioned before are truly frightening.

An idiom in Japan reads as follows: 鬼に金棒 (oni-ni-kanabō). When translated, it reads as; ‘Oni with an iron club’ or ‘giving an iron club to an Oni.’

The proverb is used to describe health foods, certain tools and other miscellaneous goods and the meaning is to add strength to that which is already immensely powerful. This results in the wide acceptance that Oni are truly invincible.

How Can I Learn More?

The Hiroshima Prefecture is home to the Miyoshi Mononoke Museum. If you ever happen to be in the area, be sure to check it out for an extensive look into these wily spirits. They appear on many works of traditional Ukiyo-e artwork which is a marvel to look at. If Hiroshima is a little out of your travel range, Yokai.com gives a very easy to understand overview of all things Yokai. Including categorizations of different types and the regions of which they inhabit.

Yokai have become so popular over the years that several anime and games have amassed a huge following due to their inclusion. Check out Yokai-Watch, a popular children’s anime and game franchise that features several of the Yokai mentioned today.

For a more adult representation of Yokai, the Nioh series features boss battles against the Yuki-Onna and Jorogumo themselves!

There are so many Yokai out there that we could not include them all unfortunately. Be sure to let me know what you think is the scariest Yokai and who you’re going to be on the lookout for this Halloween season.

Very quickly before you go…

I just wanted to ask…

Do you think I’m beautiful? 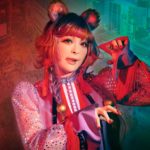 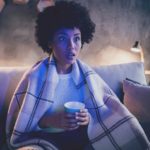