Phrasebook or translation apps: You just need a willingness to experiment and play with the language. In other words, you just need to be okay with sounding like a 4-year-old Japanese child. So much of “tatemae” involves saving face; toss it back with the shots. I highly recommend you take this free Japanese course as a primer for your visit!

The best (and cleanest socks) you own. Shoes off is a common practice- even in some bars.

Go for the bow instead of the handshake. You don’t have to go a full 90 degrees; a nod of the head can often suffice.

If you have a significant other: PDA is taboo. Save the make-outs for dark alleyways (it’s a low crime rate here, so you’re safe).

Police have a right to question you and even search you, so keep your passport on you as it’s legally required if you are a non-resident.

With the basics in hand…

With the bare essentials above in hand, there’s no need to be shy. Try out some Japanese phrases! Whether it’s a British knock-off bar or an eclectic absinthe bar, you’ll find your niche and new connections.

The standard gathering ground in Japan is a hybrid restaurant-bar called an izayaka (IZ-A-KA-YA). They often have all you can drink specials, and after a drink or two at a bar, you’ll more than likely meet people keen on helping you find one. They stay open very late.

Despite the aura of shyness, you’ll pick up from some Japanese, they know how to rock it when it comes to karaoke. In fact, for many groups of Japanese friends, their night out consists exclusively of karaoke.

Up until 2015, you couldn’t legally dance in Japan. Police used “selective” enforcement of this most of the time, but luckily this law is gone. Still, some practices remain that it’s worth being aware of.

Smoking in most clubs is permitted. This means you will reek of cigarettes.

Depending on how “authentic” your experience was, you may be severely hungover. While this hangover may pervade the morning, it pales in comparison to the connections and relationships you made; many of which may last far into the future. Facebook and LinkedIn are now prominent social media platforms in Japan, so you can easily keep in touch with your new Japanese friends. Maybe one day you will be helping them “live it up like a local!”

Tim Chard has a lengthy background working in digital, and is also a DJ and nightlife enthusiast. When he’s not planning his next trip to a music festival, Tim is busy running Ascenial, an eCommerce advertising agency that turns eCommerce businesses into 8 figure brands. 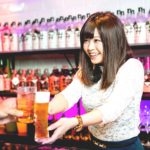 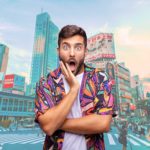