My ex-professor of Japanese studies liked to say that Japan was upside down to the rest of the world, unique and sometimes completely opposite. Japan approaches even universal things like love, sex, and intimacy differently than the rest of the world. In this blog post, we’ll cover some of the ways Japanese people meet potential partners, express themselves sexually, and navigate singlehood.

How to meet people in Japan

An aiseki izakaya, directly translated to  “shared-seat bar-restaurant”, is a bar-restaurant that some Japanese people visit to meet potential partners.

It’s like any other izakaya (bar-restaurant) in Japan where all sorts of alcoholic drinks are available and you order small platters of food to share with the group. Where aiseki izakayas differ is that you’re sat with strangers instead of friends.

The unique selling points of aiseki izakayas are that they’re a) either significantly cheaper or entirely free for ladies, food and drinks included, and b) men have to pay for every half-hour or hour that they sit there, in addition to the cost of food and drinks.

Japanese people usually visit aiseki izakayas in small groups of two to four people, and the staff will seat two groups together at the same table where they will proceed to eat and drink together while getting to know one another.

In regular bars, if you don’t like the person talking to you, you just walk away. But in aiseki izakayas, because you’re seated at a table—oftentimes a booth or with surrounding curtains for privacy—it’s a lot more awkward and difficult for one to just leave, giving both parties more opportunities and time to warm up to one another.

That’s not to say that you’re stuck with the group you’ve been seated with for the entire night. Some aiseki izakayas have devised a system where each group is handed a group ID card, and if you’d like to switch tables and meet another group, you sneakily hand your group ID card to a staff member (when you’re “visiting the toilet” or “making a phone call”) and they will move you to another table in a few minutes, with the simple explanation that it’s time to switch groups.

Are there aiseki izakayas, or something similar, in your countries? Would you come here to meet potential partners? Let us know in the comment section below!

A gokon is a group blind date, usually organised by a man and a woman who know each other and agree to bring three or four single friends of their gender to the meeting, usually in an izakaya. It’s like speed-dating but in smaller numbers and without the hassle of having to switch seats every few minutes.

Similar to aiseki izakayas, gokons allow Japanese people to meet with more than one potential partner at a time and the circumstances of the meeting—sharing a table in a bar-restaurant—makes it more difficult for one to give up and move on, instead encouraging individuals to give each other more time to know one another beyond the superficial. This also means participants are more likely to be looking for something serious as opposed to a one night stand.

While group blind dates are a thing almost everywhere, it’s no more popular than in Japan.

Though Japan comes off as a sexually repressed country, there are still some looking for fun one-night-stands or who want to experiment with sex. Here are some of the ways they do that.

While nanpa is often translated as “hitting on” or “picking up” girls, there’s a lot more to it than that. There’s more tact, strategy and structure to nanpa than simply walking up to a girl in a bar and striking up a conversation. One of the ways I would sum up nanpa is with the following experience I had with some friends:

“It’s 11:30pm, we should start heading to Shibuya station soon,” one of my guy friends said to the other. When I asked why, the other guy replied, “There’s usually a lot of girls walking in that area around midnight and, by this time, they’re usually a little tipsy and more relaxed. It would be a good time to nanpa them there.”

My two guy friends allowed me to tag along with them to Shibuya station that night, though they asked me to stay as far away from them as I could so girls wouldn’t think I was with them. I sat by the Hachiko statue and watched them go to work.

They targeted girls in pairs and their boldness surprised me. They walked alongside girls, sandwiching them, and asked them questions like, “Where are you headed?” or “Hey, wanna grab a drink?” If the girls rejected them or said nothing at all, they immediately moved on to the next pair. On average, they spent ten seconds nanpa-ing each pair of girls. My friends were unsuccessful that night.

Guys usually nanpa girls for one night stands, not long-term relationships. To some, nanpa is a fun activity that can lead to a good night of flirting, drinking, and sex, with no strings attached, but it’s generally frowned upon and some establishments like bars or arcades—not many, but a few—will even put up signs saying “NO NANPA”.

If Japanese people happen to get lucky in a bar or club, they don’t bang in the bathroom or in an alleyway. And they might not bring their partners home because they live too far away or are uncomfortable bringing home someone they barely know. They go to love hotels.

Love hotels in Japan are primarily for sex. They charge by the hour or every two hours, though many will also have overnight rates that let you stay in the room until 8 or 9am the next morning.

While there are themed love hotels (which we will cover in the next section), most tend to just be regular above-average hotel rooms, some with jacuzzi baths and special lights, others with just a bed.

These special love hotels may not be for the casual fling but for couples who want to try something different or try role-playing. There are rooms designed to look like classrooms for couples to live out teacher-student fantasies; rooms that look like train carriages for molestation/rape fantasies (always ask for consent!); hospital rooms for nurse-patient fantasies; rooms that look like dungeons, spaceships, pirate ships, and more.

There’s even a Hello-Kitty-themed room if you want to be seen doing it by this beloved children’s character.

Then there are the rooms with no overall theme but are still quirky and make for a fun night out, like rooms with a carousel, a rocking horse, swings, cages, fake cars, or karaoke machines, adding sparks to the sex experience in Japan.

Sex isn’t limited to the bedroom in Japan, and there are all these ways to make sex more exciting and fun.

Everyone to some extent craves emotional connection with other people. While some people may be satisfied with friendly or familial connections, there are others who seek romantic connections. Here are some of the ways Japanese people can find romantic or physical intimacy whilst they’re single.

Though cuddle cafes are not widespread right now, they’re getting there. They are designed for the single Japanese person who may want non-sexual physical intimacy after a long day at work. They pay a fee that varies depending on the duration of their cuddle, are led to a small room with a simple mattress and pillow, and then they receive a cute, girl cuddler whom they can hug while napping.

There’s surprisingly a lot more to cuddling than just hugging if you think about it, and cuddle cafes have certainly thought about it and are monetising it. They charge extra for head-petting, eye contact, laying your head on your partner’s lap, and more.

These cuddle cafes don’t come cheap, some charging around USD$30 for a half-hour of cuddling. And, if the customer wants to pick the girl they cuddle with, they have to spend an additional USD$15 per hour. All of this allows the customer to simply lie next to or hug their cuddler.

If they want to be hugged, that’s an extra cost. Other extras, besides the ones mentioned so far, include foot massages (prices vary depending on who massages who) and back-stroking.

Cuddle cafes may be a product of Japan’s work culture that leaves very little time for Japanese people to cultivate a healthy relationship with physical intimacy, and is a way for some single Japanese people, whether by choice or not, to cope with being single.

These establishments are a way for the single Japanese person to experience being in a relationship, just for a few hours. Host clubs and hostess bars may not provide the same physical intimacy that cuddle cafes do but they provide emotional and social satisfaction.

The customer is seated at a table with a host or hostess who treats them like a king or queen while they’re there. The host/hostess will pour the customer their drinks, will ask them questions about themselves and their day, and comfort them. It’s a way for Japanese people to pour their hearts out without fear of judgement.

For those of us who may have grown up with less stringent and judgemental communities than Japan’s, the idea of paying a stranger to talk about everyday things might be hard to grasp. We may instead turn to our friends or family, but in Japanese society, there are certain topics you never “burden” your loved ones with, such as your personal struggles, fears or complaints, so the single or even attached Japanese person may visit these establishments to do so.

What do you think about love and sex in Japan? What does dating, sex, and singlehood look like in your country? Would you try any of the things in this list? Let us know in the comments!

This article was originally posted by our friends at FLIP Guide. Learn more about their amazing guided tours at their website. 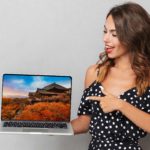 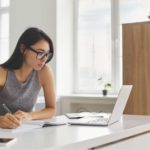