Everyone in the world has either already been proudly told that “Japan has 4 seasons” (and we don’t mean the hotel), or they are about to be told soon. Most of the Northern Hemisphere of Earth has almost those same four seasons, but we have to admit Japan deeply cherishes them. The change of the seasons is a big part of Japanese culture, from centuries-old haikus and kimono patterns, to modern-day delicacies and ornaments. Limited-edition seasonal flavors pop up early as everyone anticipates what’s to come. And the conbini is king when it comes to a seasonal lineup.

Here are some of the most popular fall flavors in Japan, as well as 2021 offerings that are sold across Japan.

Who doesn’t love chestnuts? If you, the person reading this, don’t, then you are an exception – feel free to skip ahead in this article. Chestnuts are important in seasonal Japanese cuisine, both traditional and modern. In Japan, be on the lookout for the word ‘kuri’ （栗）・クリor ‘marron’, the French word for chestnut that is widely used in Japan and written on the packaging.

First of all, you can expect a lot more Mont Blanc desserts on every menu. This French dessert made mostly with chestnuts has become a Japanese obsession, with unique tweaks and reiterations. You can buy it year-round, but there will be more variety and options in fall. There’s even Mont Blanc in a cup sold in convenience stores!

Of course, there’s the nostalgic freshly roast chestnuts, but they have become rare in the cities. You’ll have more luck finding those in markets, tourist spots, in the countryside or near hiking trails.

You can also expect to find chestnut flavor fillings in chocolate and cookies, chestnut flavored soymilk, chestnut tea or latte, and so on. This year, Starbuck’s first limited edition fall drink is chestnut Frappucino – it’s already available. All the traditional Japanese sweets get a chestnut makeover too – chestnut yokan, chestnut mochi, chestnut dorayaki, and anything you can think of.

Finally, on the savory front, there’s chestnut rice, which is basically steamed rice with unsweetened chestnuts mixed in – a super comfort fall food.

Tucking into a freshly roast piping hot sweet potato is one of the best feelings in the world. Called ‘yakiimo’ in Japanese, it can be found freshly roast in most big supermarkets, and Don Quijote’s yakiimo is legendary. For a more nostalgic experience, you can also buy one from the ‘yakiimo’ trucks, often found parked around train stations and parks. This simple food is unbelievably sweet – feels like a guilty treat, while being healthy. Yakiimo can be bought in other seasons too, but its best and most widely available in fall.

Yes, the universal fall king flavor of the world. Pumpking! (Yes, that’s a pun, and I am not ashamed of it! I’m a Punking!)

Japanese people love pumpkin as much as anyone else, so in fall you’ll start seeing it in almost everything. Fun fact – there are no pumpkin spice lattes in Starbucks Japan! *gasp* However, Tully’s will be offering a caramel pumpkin latte drink in 2020. Convenience stores have limited edition pumpkin drinks too, as well as pumpkin-flavored snacks.

7/11 has a perfect pumpkin pudding this year – not too sweet and feels like real pumpkin, not an artificial approximation. A lot of the pumpkin products are tied-up with Halloween imagery, so they also come in super cute packaging. For instance, Krispy Kreme Japan has Jack-o-lantern doughnuts filled with pumpkin creme only in fall.

Another flavor that’s familiar to Westerners, maple syrup, is considered a marker of Japan’s fall season. Associated with warmth and sweetness, it is thought to pair well with other seasonal flavors like pumpkin and chestnut, or the very Japanese flavor of kinako (roast soybean powder). It’s a relatively new flavor in Japan, hence it’s written in katakana as メープル。

In fall many cafes in Japan make a maple or maple caramel latte as a seasonal, limited edition drink. This year, the Cafe de Crie and Excelsior coffee chains offer maple-based drinks as their seasonal choice. Haagen Dasz sells maple ice cream, and bakeries have maple drenched pastries that are not sold in other times of the year. Mostly you will find maple combined with others seasonal flavors though.

Persimmon or ‘kaki’ in Japanese is perfectly seasonal. It’s one of those fall flavors that’s really hard to get outside of the season – unless you settled for dried sweetened kaki and even that one is hard to find. So, if you can get your hands on fresh persimmon in fall, buy and eat as much as you can. When it’s in season you can find it everywhere, even in conbini. This fruit is best eaten fresh, hence there isn’t an abundance of persimmon-flavored food products. Cafes, bakeries, and patisseries sometimes have limited quantity of persimmon tarts and pastries made with fresh fruit slices. There’s also some traditional Japanese sweets that may seasonally use dried persimmon as filling.

Just like black sesame, hojicha is a year-round drink. However, hojicha-flavored desserts and snacks are more of a fall season thing. While matcha is refreshingly bitter, hojicha is roasted green tea, which is loved for its nutty and smokey flavor. And anything that reminds us of a cozy fire is a delicacy appreciated best on cold days. That’s why in Japan, there are limited-edition fall hojicha sweets and cakes, ice-cream, chocolate, parfait, and so on. This year the famous Godiva is wowing everyone with a limited edition chocolate hojicha drink!

Even though the sweet and nutty flavors rule the fall lineup, especially in cafes and conbini, we shouldn’t leave out the savory flavors. All mushrooms are considered best in fall in Japan, but especially the matsutake. These guys show up only for a few weeks in fall, are ridiculously expensive, and fine dining restaurants are known to build their whole menu around them. Then there’s ginkgo nuts – a rare delicacy often eaten simply roasted with salt or steamed together with rice. When it comes to meat and fish, Japan is obsessed with the sanma fish (Pacific saury), which is said to be the tastiest when caught in fall off the coast of the Kanto area. All of these can be bought in supermarkets or eaten cooked in Japanese cuisine restaurants.

Even if September in Japan feels too hot and not like fall yet – don’t let that fool you! Seasonal flavors launches always start early, to drum up the anticipation of the coming season. That’s why cherry blossom lattes are sold in February, Christmas decorations go up on November 1st, and fall flavors are in stores while the cicadas are still blaring and the AC unit is still blasting cold air in your face. Embrace it, and go and try as many seasonal things as you can, because they too will be gone in November to make room for the new winter flavors. 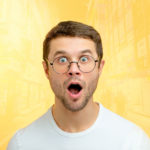 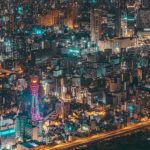