Hiding amongst the Asahi, Kirin, Sapporo, and Suntory that we all know and love is a tantalizing collection of Japanese craft beers with unique tastes for something a little special.

This article will dive into some of the must-try Japanese craft beers found across the convenience stores, supermarkets, and micro-breweries of the nation. From ubiquitous brews you’ll see almost everywhere to mysterious flavors limited to a specific region, here are 10 Japanese craft beers to keep an eye out for!

As one of the easiest craft beers in Japan to find, it’s a popular choice for those wanting something a bit out of the ordinary without the trouble of tracking down a specialized store. Its hefty ABV of 7% delivers an invigorating buzz making each can an unforgettable thrill.

Also in the craft beer-heaven of Nagano, Shiga Kogen is a series of beers brewed by Tamamura Honten in the town of Yamanouchi, which is famous for the Shiga Kogen ski resort and Shibu Onsen. The Shiga Kogen IPA is made with a hefty helping of hops to yield a delightfully bitter taste and sweet, caramel-like fragrance. Its amber color is pleasing to the eye, as is its simple yet sophisticated bottle and label. Beginning in 1805 as a sake brewery, Tamamura Honten also boasts a fantastic brand of nihonshu known as “Engi” that is well worth trying!

A small brewery on the foot of Mount Wagadake in Iwate, GINGA KOGEN Beer was launched in 1996 as part of a revitalization project for the former municipality of Sawauchi. Aiming to introduce Japan to authentic German weizen beer, it provides the perfect alternative for those who want to join the fun of craft beer but can’t stomach the bitterness of IPAs. Mellow, sweet, and refreshingly light, the delightful taste is amplified by enticing fruity aromas hinting of banana.

While GINGA KOGEN Beer is still on the rarer side, it is steadily growing in popularity and currently appears in liquor stores such as Yamaya and several supermarket chains. In addition to their staple weizen, they also boast additional brews including pale ales, stouts, and more.

Also by YO-HO BREWING COMPANY, Suiyoubi no Neko, or Wednesday’s Cat, is a Belgian White brewed with both wheat and barley spiced up by a touch of orange peel and coriander. This blend yields a refreshing and colorful character bursting with sweet and invigorating aromas. Again lacking the intense bitterness of many craft beers, Suiyoubi no Neko is a great choice for casual drinkers.

Established in Niigata in 1994, Echigo Beer are touted as Japan’s “first micro-brewery.” Found across much of Japan, Echigo’s impressive lineup of filtered and unfiltered beers has something for everybody. Highlights include the iconic “Flying IPA,” along with the stout, pilsner, and red ale.

They also offer a beer mixed with Niigata’s legendary “koshi hikari” table rice, which yields a poignant sharpness and dry flavor pairing well with Japanese food. Also of note are the stylish cans, each designed with a creative illustration worthy of display!

Coedo Beer was founded and brewed in the majestic Edo-period castle town of Kawagoe in Saitama. Boasting an incredibly high reputation, it was developed through painstaking trial and error to create a beer based on local sweet potatoes instead of wheat, a product famous in Kawagoe.

In addition to the successful “Beniaka” sweet potato beer, five other styles of regular malt and hops beer were created, including the bitter IPA “Marihana,” the classic pilsner “Ruri,” and the deeply rich and black “Shikkoku.” Each rendition has a completely different character from sweet to sharp, guaranteeing a taste to suit all palates.

The go-to beer for residents of Kanazawa and surrounding towns, Hyakumangoku is brewed using barley grown around the brewery’s hometown of Kawakita combined with local “koshi hikari” rice. The resulting beer is fresh and full-bodied, with potent, enticing fragrances filling the nose from the moment the can is cracked. There are several styles on offer in both cans and bottles, including pale ales, dark ales, and an IPA.

A tiny brewery nestled amongst the streets of Niigata’s historic Nuttari district, Nuttari Beer is a local icon adored and fanatically supported by surrounding residents. Being a scarce commodity outside its hometown, visiting Nuttari Beer or at least grabbing a bottle from a nearby liquor shop is an absolute necessity for those passing through Niigata.

Kick-started in 2016, the Nuttari Beer is the product of the accumulated knowledge of Nuttari, which was once a thriving hub specializing in fermented goods like sake and miso. Several seasonally changing varieties are on the menu, most notably a series of IPAs with double hops and genuine British ale brewing yeast. There are also a range of beers on-tap for those visiting.

Region: Niigata City, Niigata
Price: On the expensive side
ABV: 5%

One of Japan’s most spectacular sightseeing destinations, Dogo Onsen in Matsuyama, Ehime Prefecture, is a sight worthy of everyone’s bucket list. Amongst the shops lining the magical streets of the hot spring paradise is Dogo Beer. Opened as a bar-restaurant in 1996, Dogo Beer serves 4 individual brews, including kölsch, stouts, and weizen, all of which are light, refreshing, and easy to drink. The only thing that can make strolling through Japan’s oldest hot spring town even more enchanting is the tipsy buzz from a local brew!

Another blessing from Nagano, the Captain Crow Extra Pale Ale is a mega-popular craft beer beloved throughout Japan brewed by OH!LA!HO! Beer in the town of Tomi. Established in 1996, OH!LA!HO! makes their Extra Pale Ale with a healthy dosage of hops to amplify the bitterness and augment the fragrance.

While the first sip may be a little overpowering, you’ll find yourself growing more and more accustomed to it as you drink on. Unlike other pale ales, the 5% ABV prevents it from becoming too intense, allowing even lighter drinkers to enjoy it without regret.

With a fresh new brew hitting the shelves seemingly every week, along with the larger beer conglomerates like Kirin and Sapporo trying their hand in the craft beer market, the future of beer in Japan is looking very promising! While the above 10 are a great starting point, they are merely the tip of the iceberg.

With enough in Tokyo alone to satisfy a beer-fanatic for life, each of Japan’s 47 prefectures are teeming with micro-breweries constantly innovating to further push beer into exciting new realms! Using the above as a springboard, you’re bound to discover an exciting new taste and cultural experience through the craft beer scene of Japan! 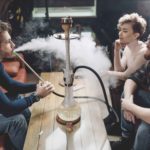 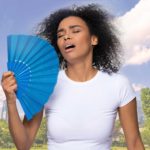