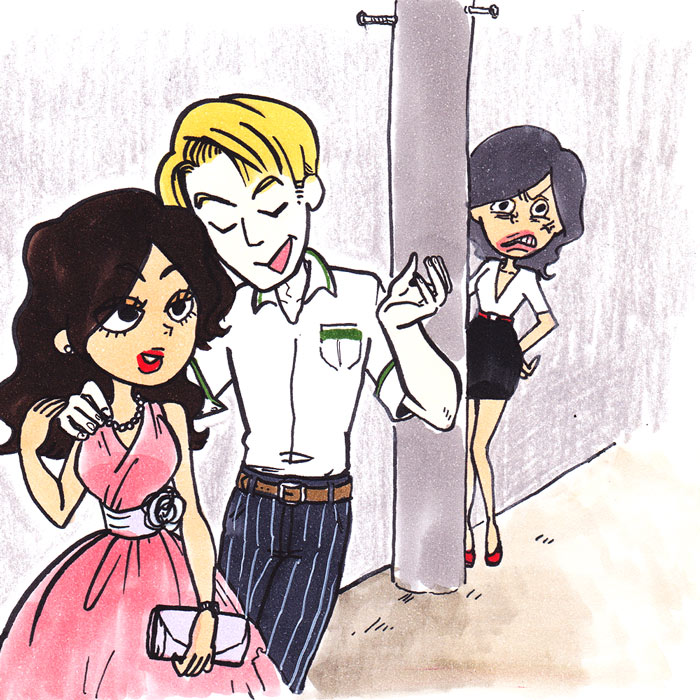 There’s a contagious myth, in both Japan and abroad, that by simply being a foreigner, one has an automatic advantage for dating Japanese girls. The reality is that there are many reasons why Japanese girls don’t like foreign guys, the majority of which can be summed up by one of Japan’s most relevant cultural exports: anime.

All of the artwork in this post was created by Mizuka Inaba. You are welcome to share the images, but please credit “Tokyo Night Owl” and “Mizuka Inaba” with a link back to this article.

Sure, it can be cute at times, especially on dinner dates when she texts you beforehand about how “hungly” she is. And sure, she may accelerate your Japanese learning process, but when you get into more intense subjects, the translation apps go out the window and your charades become the new lingua franca.

It’s not just conversation that makes this a turn off either. If a foreigner guy’s language doesn’t progress with the relationship, he’ll have to rely on her progressively for understanding all sorts of issues: visas, taxes, healthcare, education, your haircut, ordering your food, her holding his hand to cross the street…

Japan is a largely homogenous culture. Less than 2% are foreigners. Very few couples are interracial, and of those that progress to marriage, the overwhelming majority are actually between a Japanese man and a foreign women.  Of Japanese women who get married, 1.3% marry a foreigner (source).

Combine this with the other details on this list, and the recipe for public judgment causes many Japanese girls to steer clear.

Hand in hand with the public stigma are the judgment of what may be a Japanese girl’s most influential figures: her Mom and Dad. This isn’t to suggest that parental disapproval is the norm (although there are some horror stories), nor is it to say racism is rampant, but sometimes there are some old-fashioned attitudes in regards to relationships. Add a lack of a common tongue into the mix, and foreigner’s chance of wooing a girl’s affection can get a bit complicated.

As Japanese girls tend to live with their families well into their 20s, ensuring she doesn’t “offend” her parents may rate higher on her priority list than the cute gaijin sending her Line stickers. Short term, yes, you can bask in the beautiful neon rays of love hotels, but long term, the best you can do is to minimize the other red flags in this article.

Suggestion: Meet her parents at a public event rather than her home.

Step up your dating game in Japan with amazing Making Out in Japanese: A Japanese Language Phrase Book. Pick it up here: https://amzn.to/3tkuyiS

While not all Japanese girls will make a final judgment on dating a foreigner based on their income level, some certainly will. Image is high in Japan; look around and you will hardly see a girl not dressed to the nines. English Teaching, one of the most popular jobs for foreigners coming to Japan, nets a salary of 250,000 yen per month (or 25,314 USD salary per year pre-tax income). Definitely not enough for a family long-term, and possibly not enough for a solid date. Dependent on a girls age (younger girls care less), this could be a significant deterrent when it’s layered on top of other reasons in this list.

Suggestion: Impress your date with with one of these date spots.

Foreigners get a bad rap of being labeled as “playboys.” It’s this label that also fuels the stereotype of foreign men having some mystical “game” when it comes to Japanese women. Charai, or the Japanese phrasing of such, is basically being called a “player.” While you can gently toss it aside (or defend yourself valiantly), chances are you already in the hole.  Coupled with recent shitshows by certain foreigners (Julien Blanc, anyone?), and the public perception of “charai foreigners” is definitely at its pinnacle. While you can proudly show your 30 LINE contacts named “Kaori” to your male counterparts, watch those wandering eyes when on the date with your lovely Japanese lady.

While this can benefit a foreigner depending on the girl’s preference for relationship duration, it can be a real detriment if the girl is looking for the possibility of a long-term relationship.

“Where are you from?” won’t seem so innocuous anymore.

The basic reality is that most foreigners only temporarily live in Japan, whether it’s for a week or a few years, there’s almost always an exit date. And even if the plan is long term, circumstances (lost job, visa expiring, deportation) make it impossible to afford a girl the same level of “security” that a Japanese citizen can.

Japanese girls know this – even if they’ve never dated a foreigner before.

No, this doesn’t mean you’re socially smooth like the lube of the same name. It stands for “kuki yomenai,” which means quite the opposite. It means you are socially uncalibrated and that you can’t read the air. Talking on your phone on quiet train. Going for a full on make-out in public place. Pointing to your condom stash when she mentions the “last train.”

It can be simplified as bad manners, cultural ignorance, and poor social skills. While you may be bound to accidentally coming across KY as a newcomer or tourist to Japan, you’ll still need to pick up on subtle and environmental cues to make sure you aren’t “that guy.”

Suggestion: Study Japanese culture, in addition to the language.

While not all of the above issues are in your control, this epic book (discount code: tokyonightowl) dives into the above issues and offers Japanese dating advice. Even if Japanese girls may have a reason to not like you, taking note of the book, and the suggestions above, will ensure you can mitigate the risk.

Do you want to have one of the best nights of your life in one of the greatest cities on the planet? If so, pick up our Tokyo Nightlife Guide available now on amazon.com. 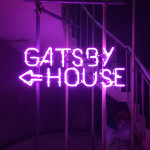 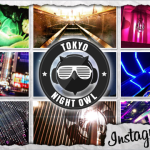